Thank you Katie Evans and Brian Richards for this past Sunday’s service ! 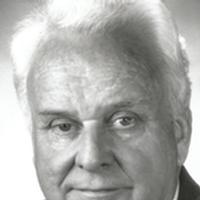 ATHENS – The family of Milton Ploghoft, 94, of Athens, will hold a memorial service on Saturday, May 26, 2018 for family and friends to remember and celebrate his life. The service will be at 2 p.m. in the Multipurpose Room at Ohio University’s Baker Center. The Ohio University Patton College of Education will hold a memorial for Dr. Ploghoft later in the year. He died April 3, 2018.

Milton Ploghoft passed away on Tuesday, April 3, 2018 at The Laurels in Athens. He had been there for two weeks. He had a long and productive life and will be dearly missed by family and friends.

Milton was born on May 15, 1923, on a farm in Iowa to father Grover and mother Ora (Freeman). He had five sisters and one brother as well as two half brothers and two half sisters. He left the farm at age 16 to finish high school in Atlantic, Iowa. Next stop was Northwest Missouri State Teachers College in Maryville, Missouri, where he graduated with a bachelors degree. He got his masters degree from Drake University, and his doctors degree from the University of Nebraska.

In 1957 Milton accepted a position with Ohio University as principal of Putnam School. He held that position for one year. During that year, while living on Race Street, he and neighbor, Walter Wright, founded the Unitarian Fellowship in Athens. Milton then returned to University of Nebraska to obtain his doctors degree.

Ohio University hired Milton again in 1963 to be Chief of Party of a USAID project in Kano, Nigeria, that was to develop a teachers college. That college grew from an initial 200 students to become the Federal Teachers College of Kano with over 5,000 students the last time Milton visited Kano in 1999.

Upon returning to Athens, he remained active in international programs at Ohio University and for a time was director of the Center for International Programs at the College of Education. He made several trips to South Vietnam to visit ongoing programs Ohio University had in that country. After retirement, Milton remained active consulting with universities in Botswana, Swaziland, and Namibia.

Milton was a professor in the Department of Curriculum and Instruction in the College of Education at Ohio University. He wrote several textbooks. He received a pilots license while in Lincoln, Nebraska, and enjoyed flying small aircraft for several years. In later years Milton found much enjoyment as a member of the poetry club that meets at the Athens Public Library.

Milton and wife Zella established the Ploghoft Diversity Lecture Series at Northwest Missouri State University. Milton was instrumental in the formation of the African Educational Research Network and actively promoted its online journal.

He was a longtime, loyal, member of The Kiwanis Club of Athens. Milton was also a longtime member of the Tuesday Club in Athens. He faithfully attended meetings of those clubs as long as health permitted.

Milton was preceded in death by his wife of 65 years, Zella, and grandson Tyler Stewart (Christina). He is survived by his four children: sons Milton (Elizabeth) of Avoca, MI, and Philip of Athens and daughters Shelley (Ed) of Athens and Tara of Crystal Lake, IL He had 6 grandchildren and 7 great grandchildren.

A memorial service will be held on Saturday, May 26, 2018 for family and friends to remember and celebrate his life. The service will be at 2:00 p.m. in the Multipurpose Room at Ohio University’s Baker Center. The Ohio University Patton College of Education will hold a memorial for Dr. Ploghoft later in the year. Please share a memory, a note of condolence or sign the online register book at www.jagersfuneralhome.com.

What’s Happening This Week at UUFA:

Every Monday, beginning on May 14th through June 18th there will be witness as well as non-violent direct moral fusion direct action in 38 states and in Washington, DC. People planning to participate in direct action must attend a training in their state. To get connected with training write to your state coordinator at NameofYourState@ poorpeoplescampaign.org and/or look for your state’s Poor People’s Campaign Facebook page.

UUA President Rev. Susan Frederick-Gray took part in the opening action on May 14th in Washington, DC, with other denominational and national leaders. Please participate on whatever Mondays work best for you and your congregation or group in both Washington, DC and your state.

Weekly Themes for the 40 Days of Action Poor People’s Campaign: A National Call for a Moral Revival

The national mass meetings and teach-ins will be livestreamed on the Campaign’s Facebook page.

Veterans, Our War Economy, and Militarism

Format for each week in the national and state capitals are:

Have questions? Please write to Susan Leslie, UUA Congreational Advocacy & Witness Director at sleslie@uua.org or UU minister, Rev. Robin Tanner who is organizing for the campaign at robin@poorpeoplescampaign.org.